Our community has experienced a great loss with the passing of Arva M. Jackson. She will be greatly missed and her legacy long remembered.

Arva was a member of the Collaboration Council’s Board of Directors for 14 years, including service on multiple committees. During her time as Board Chair, from 2002 until 2004, she helped shepherd the Collaboration Council through its transition from an office within the County’s Department of Health and Human Services to a quasi-governmental 501(c)3 nonprofit.

In 2005, Arva became chair of the Collaboration Council’s Legislative Committee, where she excelled as its spokesperson, drumming up support for its mission among members of the County Council and the delegation to Annapolis. In 2010, in part because of her major contributions to the success of the Collaboration Council, Arva was awarded a Time Well Spent On Behalf Of Montgomery’s Children Award.

In 2019, Arva received the County’s African American Living Legend Award. In this short video, she shares personal memories and insights about her approach to life and leadership, saying of herself: “Arva Jackson is someone who works very hard at finding the best thing there is about the worst things that ever happened.” She also credits her parents with teaching her to always ask questions. 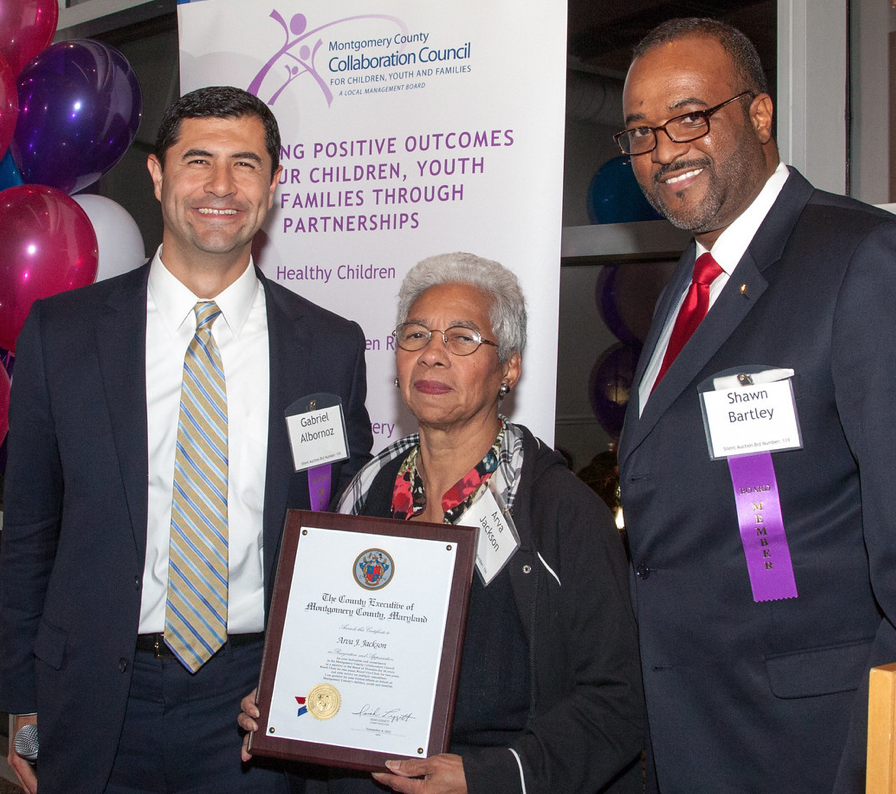